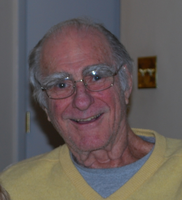 Bruce D. Herrigel, of Clinton, NJ, died in his sleep on April 22, 2020. He was born in Newark, NJ on June 18, 1929, the son of the late Arthur W. and Marie (Dippel) Herrigel and brother of Glenn Herrigel and the late A. Warren Herrigel. Bruce was a graduate of Union High School, the University of Michigan, and Rutgers University Law School. He spent his working life as a proud and respected lawyer and counselor. After serving in the US Army, he began his law career with Durand, Ivans and Carton in Asbury Park, in 1957. In January 1959, he moved to the Clinton area to practice law with his older brother, Warren, in the firm Herrigel & Herrigel, when Clinton was truly a small town and when clients were neighbors and small businesses in the community. He practiced law in Clinton continuously for over 45 years. After Warren was appointed a Judge of the Superior Court in 1972, Bruce practiced with Herrigel & Alexander, Herrigel & Burton, and as Bruce D. Herrigel, Esq. Bruce was deeply committed to the community. He was President of the Clinton Historical Museum (now The Red Mill Museum Village) from 1972 to 1986, and remained an Emeritus member of the Board of Trustees until his death. He was also a member and president of the Kiwanis Club, a member and president of the Hunterdon County Bar Association, and a magistrate in the Union Township Municipal Courts. In addition to being a lawyer, Bruce was, among other things, a good friend and a caregiver to loved ones in need; an avid photographer, gardener, bicyclist, and apple pie and applesauce maker; a philosopher; a challenger of norms; a world traveler; a family historian; and a beloved father, grandfather, uncle and husband. He also enjoyed a scotch while "holding Court" with friends at the Clinton House on Friday nights. Bruce was married to the late Joy (McGill) Herrigel from 1956 until 1982. He is survived by his three sons Gary (and his wife Carol Horton) of Chicago, David (and his wife Carol Lipinski) of Atlanta, and Peter (and his wife Caroline Gentile) of Glen Ridge, NJ; his grandchildren Rebecca, Josh, Sam, Luke, Willie, James, Owen, and Lily; his younger brother and best friend Glenn (and his wife, Marianne); and many nieces and nephews. A memorial service is expected to be held in Summer 2020. Memorial contributions may be made to The Red Mill Museum Village in Clinton.