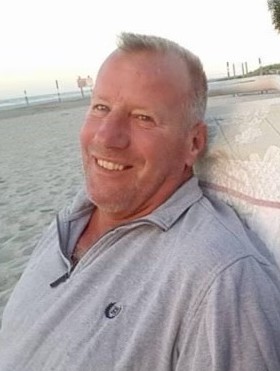 Charles J. “Chuck” Specht, age 63, of Franklin Township, NJ passed away on Thursday August 5, 2021 at his residence with his loving family by his side. He was born June 27, 1958 in Elizabeth, NJ, he is the son of the late Joseph and the late Norma (née Madonia) Specht.

Chuck was a 1976 graduate of Roselle Catholic High School and a 1980 graduate of Rutgers University. Chuck married the love of his life Eileen Barry Specht on June 14, 1987 and together they raised three children, Daniel, Samantha and Stephanie.

Chuck was the third generation family owner of Charles G. Specht and Sons Inc., General Contracting. He was a devout Catholic and the First Grand Knight of the Knights of Columbus Council 15217 at Saint Catherine of Siena Church in Pittstown.

Chuck enjoyed fishing, golf, watching METS baseball and NY GIANTS football. Chuck was a true family man and his presence will be greatly missed by all who knew him.

Chuck is survived by his 3 children, Daniel, Samantha and her fiancée James Witkowski and Stephanie; brother Steve Specht and his wife Donna; sisters, Margaret Nastasi and husband Carl and Rose Banasiak and husband Rich. Also surviving are many nieces, nephews, cousins and friends.

Chuck is predeceased by his beloved wife Eileen, who passed in 2009 and his parents Joseph and Norma Specht.

Gathering of family and friends will be held on Monday, August 9th from 4:00 pm until 7:00 pm at Martin Funeral Home, 1761 Route 31, Clinton, NJ 08809. A  Mass of Christian Burial will be offered on Tuesday, August 10th at 10:00 AM at Saint Catherine of Siena Church, 2 White Bridge Road, Pittstown, NJ 08867. Entombment will follow mass at the Immaculate Conception Mausoleum, 316 Old Allerton Road, Annandale, NJ.

In lieu of flowers, donations in Chuck's name may be made through IN MEMORY OF for the American Cancer Society , Please Click Here to Donate