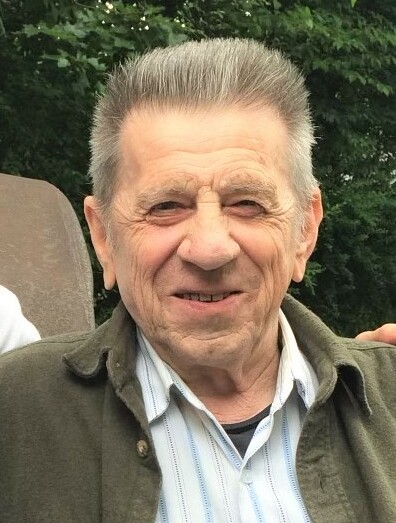 Bill grew up in Easton, PA and was a Veteran of the US Army. Bill married his beloved wife, Janet Hockenbury in 1959 and together they moved to Glen Gardner, where they would raise their family.

Bill was a "Jack of All Trades, a Mr. Fixit '', and always there to help anyone in need day or night. He had a lengthy career as a Union Carpenter, in the Local 455 in Somerville, NJ. After retirement, Bill worked in the maintenance department at the Hunterdon Medical Center.

Bill joined the Glen Gardner Fire Company in February of 1964 and worked through the ranks to become Assistant Chief in 1971, a position he was appointed to 5 times in his service. He became an instrumental member of our Fire Police division and quickly rose to the position of Fire Police Lieutenant, a position he held for more than 2 decades. During his tenure, he always made sure the safety of the guys on scenes was a priority. One of the many things Bill took to heart was honoring fallen members and keeping track of the history of the Fire Dept. Bill served his beloved community for just shy of 50 years. He was also a member of the Glen Gardner School Board.

Bill enjoyed hunting and fishing and could usually be found at the Washington Diner enjoying a good cup of coffee. He will truly be missed by all those he touched.

He is survived by his loving wife of 63 years, Janet Ann Border; daughters, Bonnie Border and her companion Curt Daub and Barbra Spitale; son, William "Billy" Border and his companion Cindy Maiella; grandchildren, Cierra, Coral, Alexa and husband Jon, Michael and his family, great grandchild Aubrey; and brother in law, Richard Foley. Also surviving are many nieces, nephews and cousins.

Bill was predeceased by his sister, Beverly Foley and son in law Lou Spitale.

Friends and relatives may gather with the family on Friday, July 22, from 2-4 pm and 6-8 pm at the Martin Funeral Home, 1761 Route 31, Clinton, NJ 08809. A service of remembrance with the Fire Departments Final Call, will be held at the funeral home on Saturday, July 23, at 11:00 am. Please arrive around 10:30 am prior to the service. Interment will follow at the Spruce Run Cemetery on West Hill Road in Glen Gardner.

In lieu of flowers, donations in Bill's name may be made through IN MEMORY OF for the Glen Gardner Volunteer Fire Department, Please Click Here to Donate