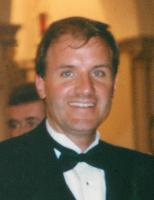 Thomas Joseph Walsh Jr., 60, of Clinton, New Jersey died on December 8, 2016 after a long and hard-fought battle with pancreatic cancer at his Town of Clinton home, surrounded by his family. Thomas was born September 19, 1956, on Staten Island, New York to Thomas and Margaret (Reilly) Walsh. He attended Sacred Heart Grammar school and Monsignor Farrell High School on Staten Island, New York. He continued his education at State University of New York at Cortland where he met his wife, Carrie, and received a degree in Political Science. He graduated in 1981 with a Juris Doctorate Law degree from New York Law School. Upon graduation, Thomas worked at law firms in New York City and Long Island before relocating to New Jersey. In 1989, Thomas started working for the law firm of Hoagland, Longo, Moran, Dunst and Doukas in New Brunswick, New Jersey. He became a partner in 1992. His concentration was civil law, real estate, estates, and wills, among other legal matters. In 2000, a satellite office was opened in Clinton, New Jersey where he enjoyed the opportunity to practice law in his hometown. Thomas was active in the North Hunterdon Soccer Club as a board member for many years. He also coached travel soccer, including the North Hunterdon Comets, and several basketball teams for all of his three children. Thomas was a member of the Clinton Business Group, the Knights of Columbus (Whitehouse), and Immaculate Conception Church. His interests included spending time with family and friends, traveling, reading, watching and coaching sports, running, hiking, and all things Pennsylvania State University (having all three children attend the school). The family’s trip to Dublin, Ireland, where he witnessed his daughter Kiera’s engagement and watched Penn State play football, was one of the highlights of his life. He was most happy when spending time with his children. Thomas is survived by his wife of 34 years, Carrie (Tonachio) Walsh, and his daughter Kiera (Paul) Kawoczka, son Kyle (Meeghan) Walsh, and daughter Kelsie Walsh. He is also survived by his sisters Mary Pat (Brian) Gillen and Meg (Jim) Brockunier of Warwick, New York; Geri (Michael) DeRosa, Eileen (Joe) Murphy, Ronnie (Tim) Keane, and his brother John (Christine) Walsh all of Staten Island, New York; as well as numerous nieces and nephews and other relatives and friends. Thomas is preceded in death by his parents, Thomas Joseph Walsh and Margaret Reilly Walsh. A gathering of family and friends to celebrate the life of Tom, will be held from 2:00pm to 6:00pm on Sunday, December 11, at the Martin Funeral Home ,1761 Route 31 Clinton NJ. A funeral mass will be offered on Monday, December 12th at 10:00am at Immaculate Conception Church 316 Old Allerton Road Annandale, NJ. In lieu of flowers, the Walsh family asks that you consider donating to THON Penn State IFC/Panhellenic Dance Marathon—an organization that raises money for pediatric cancer—a cause near and dear to the family’s heart. http://donate.thon.org/