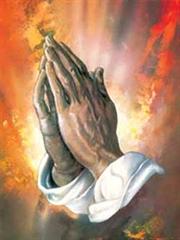 Anita Yu Ang, age 70, of Clinton Township NJ formerly of Long Island, NY passed peacefully on Monday, March 18, 2019 at Memorial Sloan Kettering Cancer Center in New York after a valiant ten year battle with breast cancer.  Anita was born January 6, 1949 in Leyte, Philippines. She is the daughter of the late Leonardo and the late Apolinaria Yap Yu. She was predeceased by her husband, Dominador Ang in 1985.

Anita came to the United States over thirty years ago, settling first in Long Island, NY before moving to New Jersey. She worked as a nurse in the Bone Marrow Transplant Unit of the North Shore University Hospital until she retired ten years ago. Successfully raising and supporting her three children as a single mother.

She had a very strong faith in God, visited the Holy Apparition site at Lourdes in the south of France for years, and volunteered to help the sick and disabled find their peace and healing. Her generosity extended to financially sponsoring undereducated children in the Philippines. Anita loved sewing, cooking, gardening, and watching movies. She also loved traveling with her family especially her grandchildren and youngest son. She lived life to the fullest, appreciating the simplest of joys and love of God and family. This was most obvious with her ability to bring hope to others with a smile in times of trouble and take care of those healthier than her.

She is survived by her daughter: JoAnne Sicat and husband Jon of Lebanon, NJ;  two sons: Dominique James Ang and his wife Stephanie of Millington, NJ and Peter John Ang of Lebanon, NJ,;  She also has four grandsons; Jack and Justin Sicat; Christopher and Alexander Ang, brother and sister, Salvador Yu and Loreta Casas.

Share Your Memory of
Anita
Upload Your Memory View All Memories
Be the first to upload a memory!