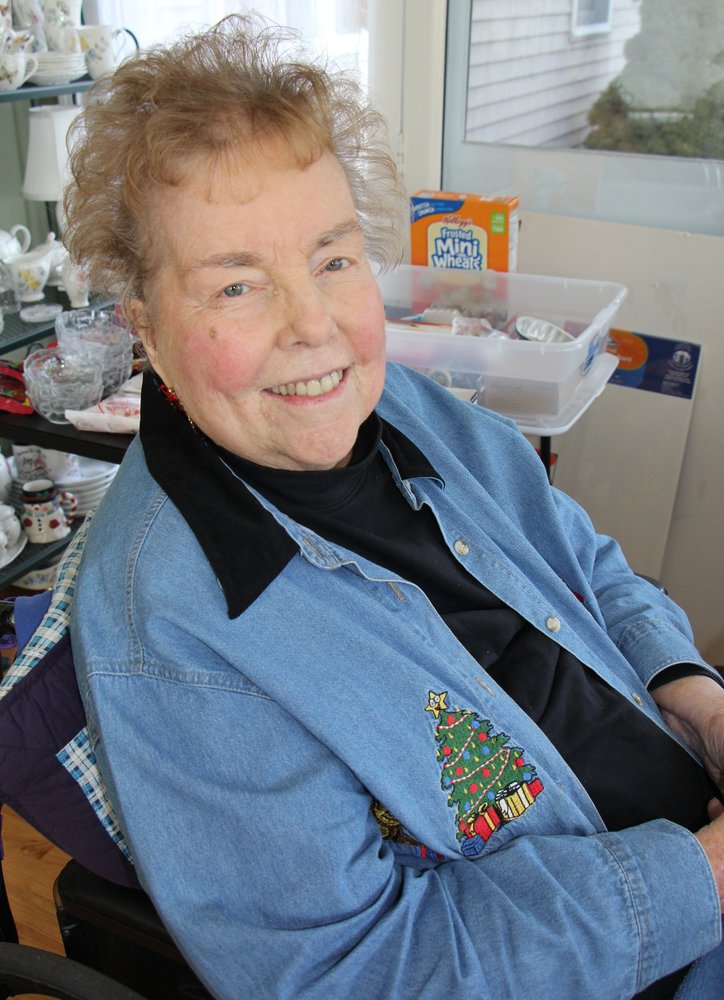 Funeral arrangements are by Martin Funeral Home, 1761 Route 31, Clinton, NJ 08809. Visitation is from 9 AM till 11 am with words of remembrance at 11 am at the funeral home. Interment will follow at Pleasant Hill Cemetery at 85 Pleasant Hill Road, Chester, NJ 07930.

Mrs. George (Formerly Marjorie Christensen) was born in Jamaica Hospital, in Jamaica, Queens, New York on March 27, 1935 to Arnold (Newell, Iowa) and Jeanette Christensen (Alta, Iowa), Forest Hill, New York. She Graduated from Forest Hills High School in Forrest Hills, New York in 1953. After high school, she attended Berkley Secretarial School and received her Certificate In Secretarial Science. Upon graduation at Berkley, she worked for Anchor Hocking Glass Company in New York City. After getting married, she changed jobs and worked for ITT Laboratories in Nutley, New Jersey supporting a team of engineers. Later in life, she worked for the Morris County Extension Service supporting two Home Economists administratively for 13 years prior to retirement.

Marjorie's passions were sewing, quilting and horticulture/gardening. Growing up she made her own clothing and then later on in life, developed a talent for quilting. She was a member of the Gesneriad Society, the Parsippany Troy Hills Garden Club for 25 years and later became a member of the Morris Plains Garden Club. She also was an active member of the Quilters Guild and participated in a number of smaller quilt groups. Marjorie and her late husband, Herbert enjoyed their family, hobbies and traveling.

In lieu of flowers, donations to the American Liver Foundation.

Share Your Memory of
Marjorie
Upload Your Memory View All Memories
Be the first to upload a memory!