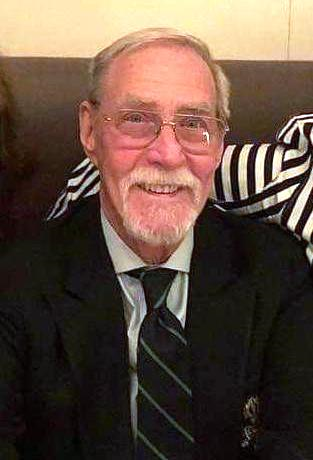 Gunnar Ivar Folke Hansson, age 90, passed away at his home in Annandale, New Jersey on April 20, 2019. He was born April 21, 1928 in Malmo, Sweden, where he lived until the late 1950's when he was transferred to New York City by his company for a two-year assignment. He returned to Sweden at the end of the assignment for several years, but decided to return to New York City, inspired by the American jazz scene and the arts. A life-long learner and a practitioner of Zen Buddhism for many years, he maintained a daily meditation practice. He was a lover of music, art, and spirituality. He was also an avid reader of history and science. Gunnar loved nature, hiking, kayaking, gardening, cooking and traveling. He lived in several countries during his life and remained proud of his Swedish heritage and enjoyed going "home" and spending time with his Swedish family and friends. His love for his wife, children, grandchildren, family and friends was limitless and easy to see. Gunnar is survived by his wife, Carrie Spell-Hansson, his son Ian and wife Heather Hansson, daughter Jessica (Hansson) and husband Bryant Stinson, sons Peter and Christopher Hanson, step son Rhazes and wife DeAnn Spell; grandchildren Christian (Hanson), Liam and Jace (Stinson) and Bliss and Rhazes II (Spell), nieces and nephews in Sweden and throughout the U.S. and many friends. Gunnar was predeceased by his parents Erik and Olga, brother Sven and wife of 32 years, Chloe. Gunnar was a true Renaissance man. His wisdom and unconditional love and support will be missed greatly by those who knew and loved him. A celebration of his life will be held on Saturday, August 24, 2019, at the Beaver Brook Country Club honoring his wishes of a joyous occasion full of music and laughter. Those who wish may send condolences to the family at www.martinfh.com

Share Your Memory of
Gunnar
Upload Your Memory View All Memories
Be the first to upload a memory!