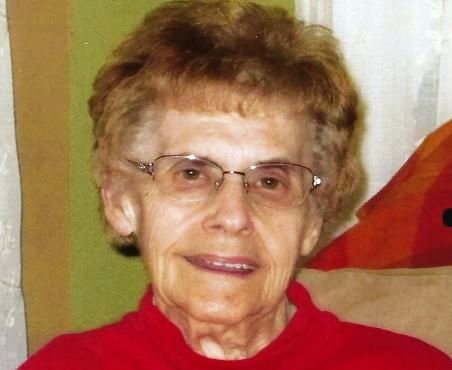 Beatrice Carmela Ramos, age 86, of Annandale, NJ formerly of Buffalo, NY passed peacefully on Saturday, September 7, 2019 at home with her daughter at her side.  Beatrice was born July 12, 1933 in Buffalo, NY. She is the daughter of the late Salvatore and the late Rosina (Pagano) Frustino. Her beloved husband, Marcelino Ramos predeceased her in August of 2000.

Born in Buffalo NY, Beatrice relocated to Lake Wales Florida and Charleston South Carolina area after retiring from the Hotel Lenox where she worked in the housekeeping department.

Beatrice loved playing cards, cooking, traveling and spending as much time with her family as possible, especially her grandchildren and great grandchildren. Some of her fondest times was traveling to visit family in in CT, FL, NJ, SC, WV and as far away as Paris, France.

A memorial service will be held at the Forest Lawn Cemetery in Buffalo New York on Saturday September 14, 2019 at 10:00 a.m. In lieu of flowers donations in Beatrice’s name may be made through IN MEMORY OF for the Hospice Buffalo at https://inmemof.org/beatrice-carmela-ramos

To us you have not gone away

And left the gate ajar.

Treasure her Lord in your Garden of Rest

For when on earth she was one of the best

Share Your Memory of
Beatrice
Upload Your Memory View All Memories
Be the first to upload a memory!