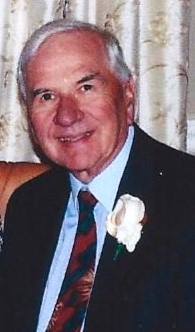 Ward Nelson Lathrop, age 80, of Clinton, NJ passed peacefully on Thursday, September 26, 2019 at home surrounded by his family. Ward was born May 17, 1939 in Jersey City, NJ. He is the son of the late Robert A and the late Lillian I (Nelson) Lathrop.

A graduate of Atlantic Highlands High School Class of 1956, he was a farm hand at graduation time and afterwards, became employed by Coast Sheet Metal in Atlantic Highlands, where he became inspired to pursue a career in engineering.

Ward proudly served in the United States Army from 1963 until 1965, he was a very patriotic veteran. He married Barbara A Sayre in Killeen, TX on September 12, 1964. While raising his family, Ward went back to night school in 1967 and achieved his Bachelor of Science Degree in Mechanical Engineering from Newark College of Engineering in 1974. Ward retired from Merck & Co. Inc. as a Senior Principal Engineer of the HVAC department in 2001.

In his younger years Ward was a youth fellowship leader at Belford United Methodist Church. A true outdoorsman, he enjoyed golfing, skiing, tennis, and was a motorcycle enthusiast. Among other things, he was also passionate about music, photography, dancing, and model trains.

He is survived by his loving wife of fifty-five years: Barbara A (Sayre) Lathrop; daughter: Eileen V Kwasnick of Clinton, NJ; son and daughter in law, Andrew W Lathrop and wife Kim of Lopatcong Twp., NJ; brother of: Vivian I Hermanson and husband David and Robert A Lathrop Jr. and wife Claudia; sister in law, Doris Lathrop; Granddaughter, Jamie L Kwasnick. His brother George E Lathrop predeceased him. He also is survived by brothers and sisters-in-law Thomas, William, David, Margaret, Catherine, Robert, Philip, and Patrick. Ward is also survived by many loving cousins, nieces, and nephews.

Relatives and friends may gather on Saturday October 5, 2019 from 9:00 am until 12:00 pm at the Martin Funeral Home, 1761 Route 31, Clinton, NJ 08809. A church service will follow at 12:30 pm, at the Bethlehem Presbyterian Church, 2 Race Street, Pittstown, NJ. Private burial will be held at Brigadier General William C. Doyle Veterans Memorial Cemetery, Wrightstown, NJ on Monday, October 7.

In lieu of flowers, donations in Ward's memory may be made through IN MEMORY OF for the Bethlehem Presbyterian Church, or the Wounded Warrior Project at http://www.inmemof.org/ward-lathrop

To share memories with the family or to offer words of condolence please visit www.martinfh.com

Share Your Memory of
Ward
Upload Your Memory View All Memories
Be the first to upload a memory!
Share A Memory
Plant a Tree