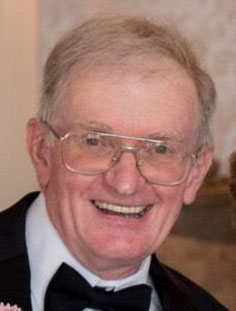 Born in Newark, N.J. on October 31, 1952, he was the son of John Joseph and Genevieve (Burgard) Kane. John was a 1970 graduate of Roselle Catholic High School. He went on to study business at Seton Hall University, where he became a brother of ZBT fraternity and met Gail Masteller. John and Gail were married in October of 1975 and settled in Stewartsville, N.J. where they raised their daughter, Christyne. They relocated to Groton, Massachusetts in 2018 after John was diagnosed with amyloidosis.

In the years following college, John went to work for the family Exxon franchise in Basking Ridge, N.J. as a skilled mechanic until his retirement in 2005. Upon retirement, he found joy and fulfillment in his daily walks, healthy eating, and Pocono Speedway NASCAR events.

John is survived by his wife, Gail, his daughter, Christyne Kane and her husband Michael Nilsson; his grandson, Declan John Nilsson; his sister, Patricia Krippendorf and her family. He is preceded in death by his parents Genevieve and John.

John's family extends their sincere gratitude to the doctors and nurses of Brigham & Women's Hospital in Boston and the staff at Care Dimensions Hospice House in Lincoln, who provided a peaceful and compassionate environment during his final days.

In lieu of flowers, memorial donations may be made to Brigham and Women's Hospital to support the Palliative Care Fund in support of the KidneyPal Program, BWH Development Office, 116 Huntington Ave., 3rd floor, Boston, MA 02116.

Checks should be made payable to Brigham and Women's Hospital and sent to:

Gifts in any amount can also be charged with a Mastercard, Visa, American Express, or Discover using our online donation form or by calling the Development Office at (617) 424-4300.

Share Your Memory of
John
Upload Your Memory View All Memories
Be the first to upload a memory!
Share A Memory
Plant a Tree