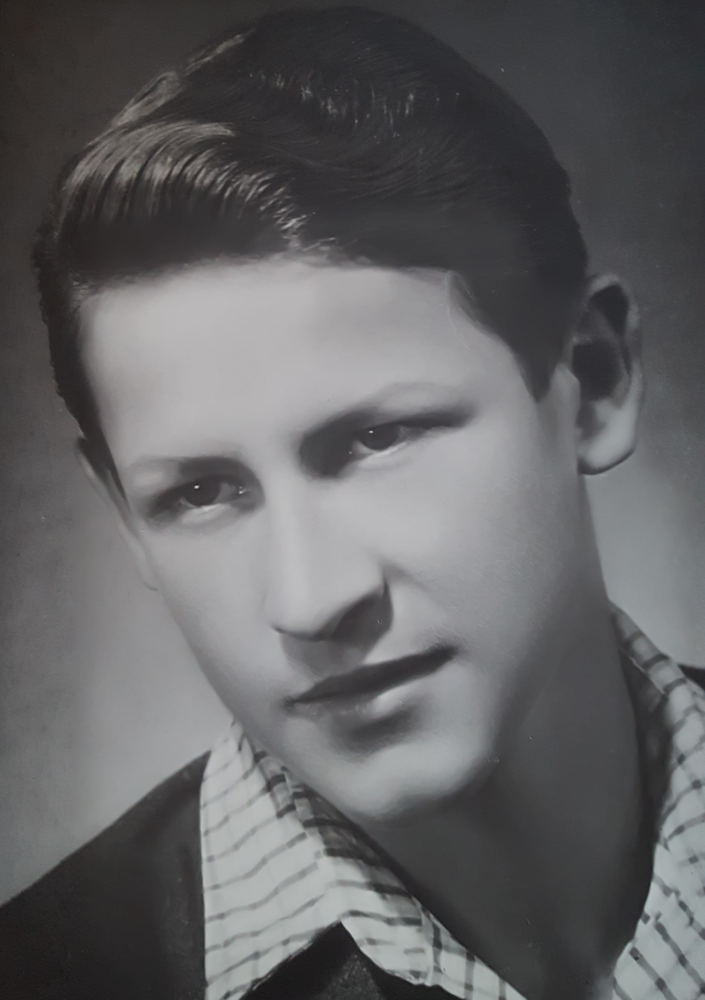 Theodor John Panos, 80, of Lebanon, NJ passed away peacefully at home surrounded by his loving family on January 8, 2020 after a long illness. Ted was born on April 22, 1939 in Bratislava, Czechoslovakia to Theodor and Stephanie Panos. He graduated with a degree in Mechanical Engineering from the Military Academy in Brno, Czechoslovakia. He met his wife, Iva Kratochvilova, at the Academy. They married in November 1965 and four years later immigrated to the US, along with their daughter, to begin a new life. Once settled in NYC, Ted used the computer skills that he learned on his own to get a job at Chase Manhattan Bank as a programmer. Eventually, he ended up working for Exxon in the Computing and Networking Services department located in Florham Park, NJ and then moved out to Houston, Texas with the company until he retired in 2000. Throughout his life Ted remained very active. In his youth he was an avid swimmer and hockey player. He played tennis for many years and loved to ski with his family. He was skilled at math, science and any kind of home improvement task set before him. He also enjoyed traveling throughout the US. After moving back to NJ in 2000, he went on to "work" in his most cherished and rewarding role as a grandfather for the remaining years of his life. His dry-wit, unending support and love will be dearly missed by his family. He is survived by his wife of fifty-five years, Iva Panos; his sisters, Hanka Lelovska and Dagmar Zavracka; his daughter, Michaela Pittman; his son-in-law, Mike Pittman; and, most importantly, his beloved grandsons, Nicholas and Christopher Pittman. A private memorial service will be held. Memorial donations may be sent to the American Lung Association or the American Heart Association.

Share Your Memory of
Theodor
Upload Your Memory View All Memories
Be the first to upload a memory!
Share A Memory
Plant a Tree