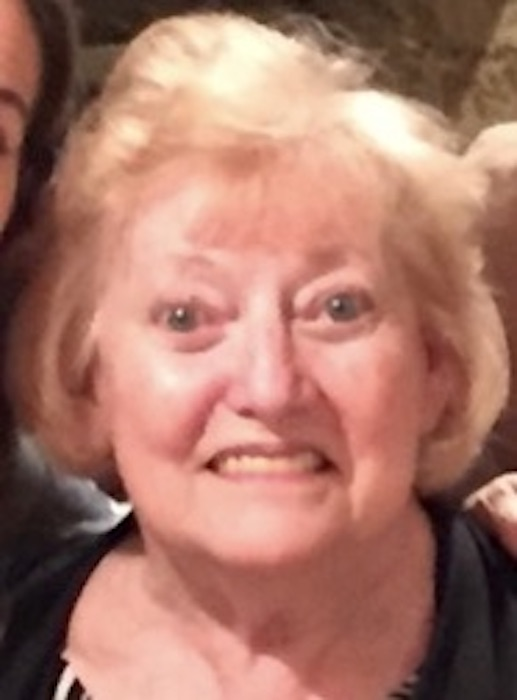 Obituary of Rosemary A. Thompson

Please share a memory of Rosemary to include in a keepsake book for family and friends.
View Tribute Book

Rosemary (O'Donnell) Thompson, 75, longtime resident of Bensalem, Pennsylvania, died on April 9, 2020 at her daughter's home in Annandale, New Jersey due to complications of the Covid-19 pandemic.

After graduating from St. Hubert's High School, she lived in the Mayfair area of Philadelphia eventually moving to Bensalem to raise her three children as a single mother. Post retirement, she relocated to New Jersey after the onset of a rare and debilitating neurodegenerative disease, Progressive Supranuclear Palsy.

Rosemary's greatest joy was found in her love for her children and grandchildren and being part of a large extended family. Her heart and home were always open to family and friends alike. Rosie's "Bette Davis" eyes and infectious smile drew everyone to her. She was a little lady, but mighty. A fierce defender of her children, she loved to dance (especially the jitterbug) and worked tirelessly to provide for her family through many hardships. She had many vocations in her life including Regional Assistant Manager for Actmedia Inc. and, prior to her retirement, working with special needs children as a school bus aide for Bensalem Township. She is survived by daughter Kelly Clark and spouse Jack, daughter and caregiver Christine Rush and spouse William, son Thomas Thompson, grandson Zachary Clark and spouse Maliah (with great-grandson due July, 2020), grandsons Colin Clark, Justin Rush, Eric Rush, and granddaughter Emily Rush, sister Teresa Barrett, and brothers James O'Donnell, and Patrick O'Donnell, along with many nieces and nephews.

She was preceded in death by her father, Patrick, mother, Anne, brother John and sisters Anna, Patricia, Regina, and Margaret.

We encourage donations in honor of Rosemary's memory by visiting the CurePSP website: www.psp.org

Share Your Memory of
Rosemary
Upload Your Memory View All Memories
Be the first to upload a memory!
Share A Memory
Send Flowers
Plant a Tree