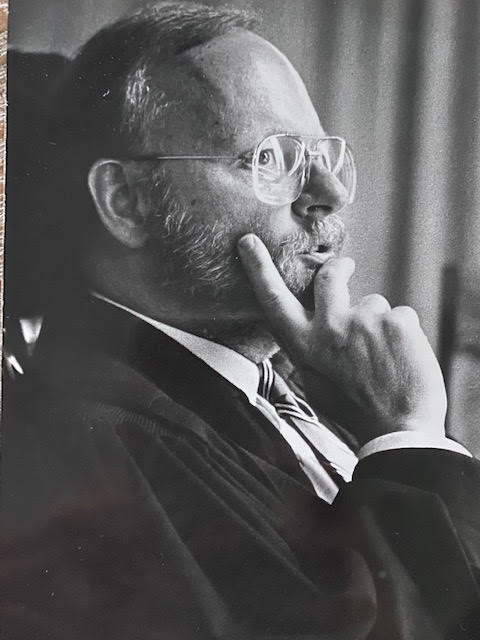 John was a graduate of Newark Academy and Hobart College.  He earned his law degree from Rutgers University Law School in 1963. He began his career as an attorney in private practice in Jersey City, New Jersey and served on the State Board of Education.   In 1976 he became a Judge of the Hudson County Court and in 1978 was appointed tothe Superior Court of New Jersey, Hudson County,where he sat for twenty four years, serving in the Criminal, Civil and Family Divisions.  In 1999 he was honored by Resolution of the New Jersey Senate for his years of distinguished service to the people of Hudson County and citizens of the State of New Jersey, and acknowledged as a man of outstanding character and exceptional determination.

John was a lifelong outdoorsman, who enjoyed all of nature. He traveled the world as a sportsman and adventurer.  Above all he loved his children and adored his grandchildren. He was a devoted husband, father, and grandfather.

The greatest gift given John was education, which he passed to his children, John and Elizabeth, who have passed it to their children.  His emphasis on education led him to create an endowment in the Hudson County Bar Foundation Scholarship Fund in the name of his late father, John J. Grossi, Sr. whowas a Judge of the Juvenile and Domestic Relations Court in Hudson County.  He, like his father, wished for others to know the gift of education, so that they might be the voice for those who cannot speak.

All services have been held privately at this time.

In lieu of flowers, donations may be made to: Hudson County Bar Foundation Brennen Courthouse 583 Newark Ave. 4th Floor, Jersey City, NJ 07306, in the name of John J. Grossi, Jr.