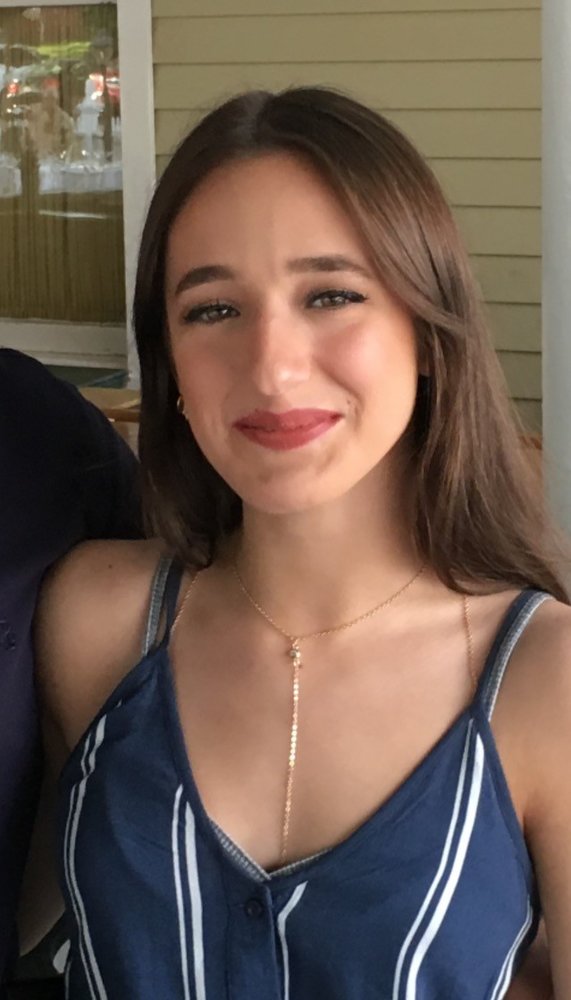 Please share a memory of Sophia to include in a keepsake book for family and friends.
View Tribute Book

Sophia Kalli Varaklis passed away peacefully on January 13, 2021.  She was born in Morristown, New Jersey on August 26th, 1999, along with her twin brother Matthew Varaklis, to parents Laura (Dawson) and James Varaklis.  Sophia had an unbridled passion for music and dance and was enrolled in her first ballet lesson at the tender age of 3.  Through the years, Sophia completely immersed herself in the world of dance, working endlessly and tirelessly to hone and perfect her craft, setting very high standards for herself and for those around her.  She competed at very high levels, often placing in the top of her particular category, and even appeared in a commercial for MTV.  Eventually Sophia transitioned from student to teacher, maintaining high standards for her students while making herself accessible as a mentor and friend to those around her.  Sophia’s kindness, willingness to help others, and empathy made her an outstanding person, always putting the needs of others ahead of her own.

Sophia’s passion for music was unparalleled.  She picked up a guitar at a very early age and played a Pink Floyd song from The Dark Side of the Moon.  It may have been a slower version of the song, but it was a precursor to a blooming talent that would soon emerge, crossing over to piano, harmonica, bass guitar, and the ukulele.  Although she would listen to almost any genre, there was no question in her mind that the greatest band in the history of music was The Beatles.

Sophia is survived by her twin brother Matthew Varaklis and her parents Laura (Dawson) and James Varaklis.  Sophia is predeceased by her grandfather Anastase Varaklis and cherished her relationship with her grandparents Philip and Carol Dawson, and Soula Varaklis.  She will be remembered lovingly by her Aunt and Uncle Kalli and Sean McCormick and their three children Grady, Declan, and Madeleine, her Uncle/godfather Alex Varaklis and his son Joseph, and her uncle Kevin Dawson.  Sophia will be missed by all of her loving relatives in New Jersey and Florida, and her relatives in Canada, Greece, England and Switzerland.

Please accept the heartfelt thanks and gratitude of the family for the sincere love and generous outpouring of support.

In lieu of flowers and because of her passion for music, a donation in Sophia’s name may be through, IN MEMORY Of for the Amy Winehouse Foundation, Please click here to donate.

Forever in our hearts beautiful girl…

Share Your Memory of
Sophia
Upload Your Memory View All Memories
Be the first to upload a memory!
Share A Memory
Send Flowers
Plant a Tree