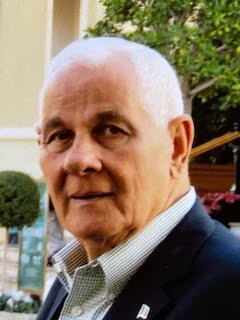 Please share a memory of Joel to include in a keepsake book for family and friends.
View Tribute Book

Joel M. Williams (79) passed away peacefully on February 11, 2021 in Sarasota, Florida. A native of Union, NJ and long-time resident of both Annandale and Point Pleasant, NJ, Joel graduated from Union High School in 1959. He attended Temple University and the Newark College of Engineering. He served his country for 9 years in the Army, Air Force Reserves and National Guard. Joel was the Vice President of Sales and Marketing of Asbury Carbon in Asbury, NJ and the President of Asbury Wilkinson Steel Company in Toronto, Canada. Earlier in his career, Joel proudly taught business courses at Dale Carnegie in New York City.

With a passion for cooking, part of Joel’s legacy will be left behind in his recipes. From “Sunday Sauce” to his special blend of Italian seasoning, affectionately known as “Rocco Mix”, Joel loved family dinners full of love and laughter. A car enthusiast and avid fan of the NY Jets, Joel loved being on or near the water and Atlantic City was a favorite destination throughout his life.  Joel was a proud member of the American Legion in Wall, NJ and other affiliations included the National Italian American Foundation.

One of Joel’s proudest moments was having his great-grandfather, Professor Generoso Pavese, inducted into the National Italian-American Sports Hall of Fame in Chicago, IL in 2006. Professor Pavese held the Fencing World Championship title for more than 30 years, taught fencing at the U.S. Naval Academy in Annapolis, MD and was the teacher of President Theodore Roosevelt.

Joel is survived by his loving wife, Amy Niemann Williams of Bradenton, FL and his adoring daughter, Amy Williams Connolly of Riegelsville, PA. Joel was so proud of his two grandsons, Maxwell (Kimberly) Connolly of Glen Gardner, NJ and Ian Connolly of Bethlehem, PA. A true light in Joel’s life was becoming a great-grandfather to Emma Robin Connolly, daughter of Max and Kim. Joel also leaves behind his son Matthew Angus (Beth) Williams of Phoenix, AZ and their 3 children, Maeve, Theodore and Gillian. Joel is also survived by his brother A. Raymond (Maureen) Williams of Point Pleasant, NJ and is preceded in death by his parents Raymond and Marguerite Williams of Ventnor, NJ.

Share Your Memory of
Joel
Upload Your Memory View All Memories
Be the first to upload a memory!
Share A Memory
Send Flowers
Plant a Tree