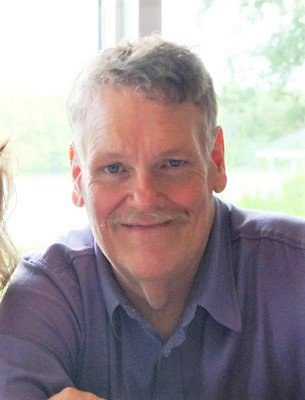 Kevin John Barry, age 61, of Phillipsburg, NJ, passed peacefully on April 23, 2021 at Morristown Medical Center. Kevin was born on July 5, 1959 in Staten Island, NY to the late William Barry and the late Mary Brewer Barry. Later the Barry’s family moved to Asbury, NJ where Kevin and his brothers and sisters built a beautiful 5 bedroom home on 18 acres of land.

Kevin was a 1977 graduate of North Hunterdon High School. He married his beloved wife, Maria, on August 1, 2015. Kevin loved to fix things, especially tractors. One of his favorite things to do was tractor pulls, as well as drive his 4-wheel drive truck. For most of his life, he worked in the agriculture industry and was very respected in the farming community, he also worked for 17 years with GH Trucking in Bath, PA. Kevin loved working outside on the farm and you could often find him snacking on M & M's and Hershey Kisses- they were his go to candy.

Growing up and working on farms, Kevin grew to love animals, especially dogs. Kevin loved his late companions Shadow, a black lab, and Zoey, a sheltie mix. Kevin cherished sitting in the backyard, playing with our dogs , Axel, a loyal black lab, and Lilly, a goofy and friendly pit bull.

Kevin is predeceased by his parents, William and Mary Barry; and sister, Mary Barry Hogrebe.

In lieu of flowers, donations in Kevin’s name may be made through IN MEMORY OF for the Carol G. Simon Cancer Center, Memorial Sloan Kettering Basking Ridge Campus and the Hunterdon Cancer Center at www.inmemof.org.

Share Your Memory of
Kevin
Upload Your Memory View All Memories
Be the first to upload a memory!
Share A Memory
Send Flowers
Plant a Tree