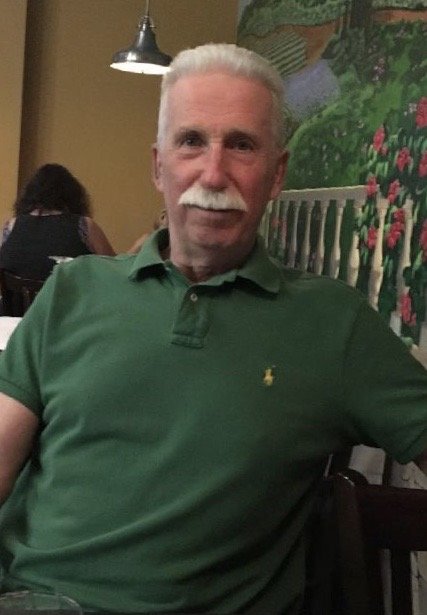 Wayne Thomas Oliphant, age 71, of Pittstown, NJ, passed peacefully on Saturday, July 10, 2021 with his beloved family by his side.  Wayne was born September 8, 1949 in Rahway, NJ, to the late Roswell Oliphant and Betty  (née Junker) Oliphant.

Wayne was a 1967 graduate of Rahway High School.  He was an accomplished track star and holds the Rahway High School javelin (old) record since 1967,  He served his country in the US Navy and retired as a Chemical operator (AA) from Merck & Co after 29 years of service,  Wayne married his beloved wife, Kathleen M. Farley, on September 8, 1999 and together they shared many memories.  He was an amazing artist and enjoyed hiking and spending time in his gardens.

Wayne is survived by his wife, Kathleen ; sister, Patricia Kaeser of Southampton, NJ and her husband Bill; brother, Craig Oliphant of Belvidere, NJ and his wife June: brother-in-law’s Phillip Farley; James, Daniel and Michael Immediato; and many of his loving nieces and nephews.

Wayne is predeceased by his parents, Roswell and Betty Oliphant.

A celebration of Wayne's life will be held on Saturday September 4th  from 1:00 pm until 3:30 pm at The Clinton House, 2 West Main Street, Clinton NJ.

In lieu of flowers, donations in Wayne’s name may be made to the Carol G. Simon Cancer Center in Morristown NJ.

Share Your Memory of
Wayne
Upload Your Memory View All Memories
Be the first to upload a memory!
Share A Memory
Send Flowers
Plant a Tree