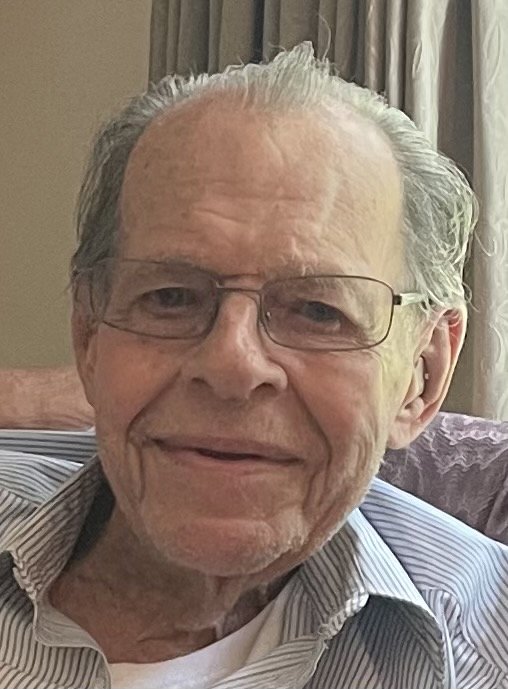 Bob was a 1942 graduate of High Bridge High School and served his country in the U.S. NAVY as  a Quarter Master during WWII. Bob was part of the first wave of the Normandy Invasion on June 6, 1944, at Omaha Beach and received the Purple Heart for his bravery.

He married his beloved wife, Elizabeth "Betty" Van Nest, on June 20, 1953. Together they raised two daughters; Susan and Patricia, whom they adored. Bob had a lengthy career as a Transmission Construction Supervisor for Jersey Central Power and Light.

Bob was a member of the local VFW, an avid outdoorsman. In his past time, he enjoyed hunting, fishing, and camping. But most of all, his favorite thing to do was spend time with his loving family.

Bob is predeceased by his beloved wife, Elizabeth Van Nest.

Relatives and friends may visit with the family on Friday July 30 th from 2:00 pm until 4:00 pm at  Martin Funeral Home, 1761 Route 31 Clinton, NJ 08809. Words of Reflection with NAVY honors will be offered at 4:00 pm following the visitation at the funeral home. Interment will be held privately by the family.

In lieu of flowers, donations in Bob’s name may be made to Hunterdon Hospice for the tremendous care that he received.