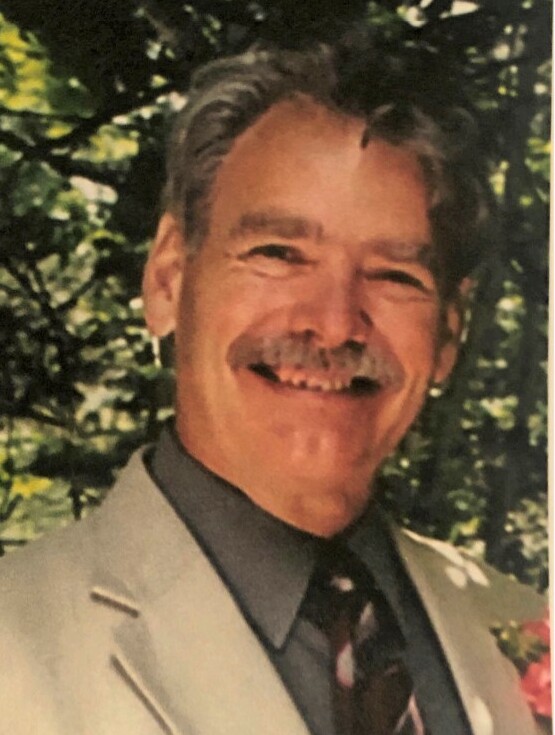 Lawrence aka "Jeff" was born on April 5th 1948 in Upland CA. He graduated from Bolsa Grande  High School in Garden Grove, CA , with a partial football scholarship. Rather than go to college,  he was drafted to serve his country in the U.S Army . Jeff trained as a pilot and immediately put  his training to use by flying the CH-47 Chinook in the Vietnam war. He would go on to serve nearly 20 years in the Army and eventually retire as a decorated Army Major. Post military  service, he went back to college where he earned an MBA and later pursued a PHD in  Education. These accolades landed him his final jobs, working as an Army Defense Curriculum Developer and later completing his career with a position in Homeland Security.

He was a man of Catholic faith, who had an appreciation for art, music and most of all  Knowledge. His hobbies included reading, cooking, cycling, travel and attending to his two  sweet pups Bella and Bonita. He was a courageous, caring and smart man who will be missed  by all who hold him dear.

He is predeceased by his parents Wallace and Priscilla Bell and is survived by his beloved fiancé  Louise; his brother and sister, Richard and Renee; his six children Scott, Ian, Lawren, Natalie,  Conor, and Ellie; and his grandchildren Corbin, Jade, Ethan, Skyler, Zoe, Hudson, Parker and  Gunner.

His friends and family are invited to attend a Celebration of Life memorial mass on Saturday August  21st at 10:00 A.M. at Immaculate Conception, 316 Old Allerton Rd, Annandale, NJ 08801.

Eulogy for Jeff Bell, written by his brother Richard

Lawrence Jefferson Bell was born 5 April 1948 in Upland, CA to Wallace and Priscilla Elinor Bell. He was named for his maternal and paternal grandfathers and at times was known as Lawrence and Larry. But mostly as Jeff.

He started his life adventures at his first home in Chino, CA where he learned to walk and get into things, being quite an inquisitive youngster. In 1950 the family moved to Fort Bliss, Texas and stayed in a one-room trailer house on post while his dad underwent basic training again. Guess the years in the USMC before and during WWII in the Pacific didn’t count for the Army. Subsequently everyone went to Fort Devens, MA and to the town of Shirley, MA where his little sister Renee’ was born. His dad, initially on orders to Germany was redirected to Korea so the rest of us boarded a train for the long trip back to California.

In 1953 we boarded a ship to Japan and rejoined dad whop was now the 1st SGT of an Anti-Aircraft Artillery Battery at Misawa Air Base, Japan. Jeff really enjoyed Japan, there were foxholes behind each set of quarters in which to play in and all kinds of new and exciting foods and sights to experience. After two years in Japan, everyone left Japan by airplane and went to Fort Riley, KS.

After two years at Fort Riley, the family moved to Sunland-Tujunga, CA where in 1957 Jeff experienced his first California wildfire. The flames came right down the valley and stopped right across the street from our house. Through it all Jeff remained his normal happy self, enjoying new things and new adventures.

Subsequently, because his dad was an Army Recruiter, the family moved to Pacoima, CA, and eventually wound up in Garden Grove California where Jeff completed High School. Jeff was a smart and very sociable young man, played football at Bolsa Grande High School where he broke his right index finger resulting in a unilateral deviation of that finger that required him to request a medical waiver in order for him to attend the Warrant Officer Rotary Wing Aviator Class at Fort Wolters, Mineral Wells, Texas. His Advanced Helicopter training was at Hunter Army Airfield near Savannah, GA and was appointed a Warrant Officer (WO-1).

As a brand-new Army Pilot, he was assigned in 1969 to Fort Bragg, NC and continued developing his skills and expertise. After transitioning into the CH-47 Chinook Helicopter he was reassigned to duty in Vietnam where he distinguished himself, logging over 3,000 flight hours.

Upon return from Vietnam, Jeff took about a four-year break from the Army, before going back on active duty and being assigned to the 101st Airborne Division (Air Assault) at Fort Campbell, KY. While there Jeff completed the new US Army Air Assault Course, being designated an Honor Grad, and being made a “Kentucky Colonel”.

Following assignment at Fort Campbell, he went to Fort Rucker, AL and assumed duties as a flight instructor and flight safety officer. While there he was promoted to Chief Warrant Officer-3 (CWO-3). Based on his manner of performance he received a direct commission as a 1st Lieutenant before being assigned as a Company Commander of a Chinook Company in Fort Sherman, Panama Canal Zone, United States Army South. Following this tour of duty, he was selected to be an exchange officer to the Danish Army from whence he terminated his military service and pursed graduate schooling in South Hampton, England.

Following graduation and return to the states he continued post-graduate studies and working as a graduate assistant/instructor. Then off to Fort Sam Huston where was a Department of Army Curriculum developer for the Medical School there until he did an inter-service transfer to the Department of Homeland Security office in Washington DC area.

Throughout his wide and varied life experiences, considerable travel and accomplishments, Jeff remained a very loving and caring individual. He always met new people, not as strangers but as new friends, presenting a happy, outgoing and kind persona. As all who knew him can attest, he was a true patriot and proud of his contributions to the defense of his beloved United States.

Share Your Memory of
Jeff
Upload Your Memory View All Memories
Be the first to upload a memory!
Share A Memory
Send Flowers
Plant a Tree