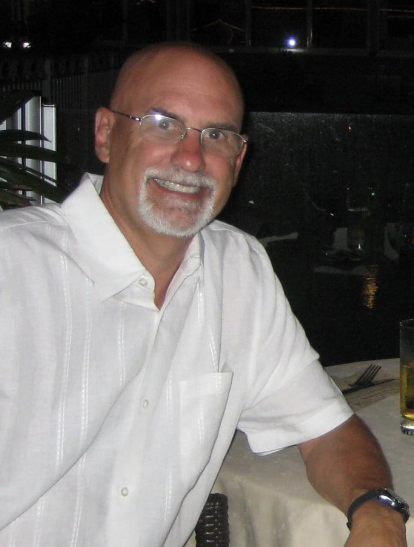 William Hill Mansfield, Jr., age 75, of Pittstown, NJ, passed away at his home on November 14, 2021, after a courageous battle with ALS. Born September 23, 1946, in Cleveland, OH, William was the son of the late William H. Mansfield and the late Isabel (nee Teckmeyer) Mansfield.

From 1966 until 1970, William served in the United States Air Force. He married his high school sweetheart, Eileen (nee Fehnel) on June 6, 1970.  Together they raised two children, Elizabeth and William III, who brought him great joy. A man of deep faith, William was a committed member of Clinton Presbyterian Church and lived a life of service.

He graduated from Newark College of Engineering (now NJIT), where he earned a Bachelor of Science in Mathematics and a Master’s in Computer Science, the first such degree issued by NCE. He began work as a research scientist at Bell Laboratories and Bell Communications Research (Bellcore). His passion for his work resulted in being awarded four patents.  After retiring in 2004, he founded Mansfield Computing Technologies (MCT), a firm offering consulting services for a wide range of companies.

William volunteered as a scout leader for Boy Scout Troop 112 of Alexandria, Twp., NJ. He was an avid genealogist and photographer.  His favorite past time was spending time with his beloved family, especially his grandchildren; Evelyn and William, in whom he took great joy.

Memorial visitation will be held on Friday November 19th from 5:00 pm until 8:00 pm at Martin Funeral Home, 1761 Route 31, Clinton, NJ 08809. A Service of Remembrance will be held on Saturday November 20th at 1:00 pm at the Clinton Presbyterian Church, 91 Center Street, Clinton NJ 08809. To view the church service via Livestream, please Click Here for Livestreaming. To share memories with the family or for further information please visit www.martinfh.com.

In lieu of flowers, memorial donations may be made through IN MEMORY OF for Team Gleason Foundation, an organization serving the ALS community, or Paralyzed Veterans of America (PVA), of which Bill was a member of the Colonial Chapter, Please Click Here to Donate