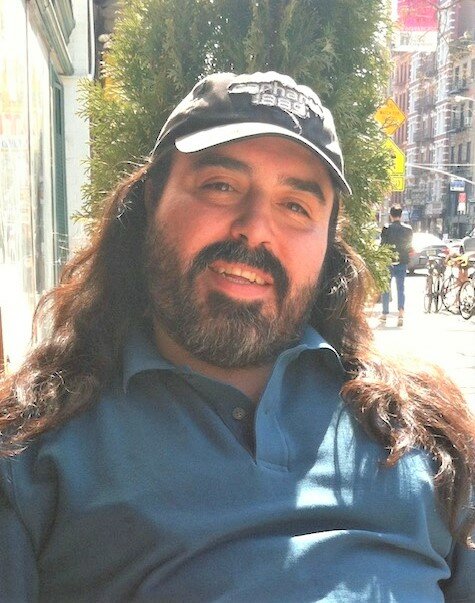 Ricardo was born on November 26, 1967, in the East Village neighborhood of New York City, and was a proud New Yorker. He was also very proud of his Colombian heritage and, after attending St. George Academy, he became an honorary Ukrainian.

In 1985, Ricardo graduated from St. George Academy, where he wholeheartedly immersed himself in learning about the Ukrainian culture and was extremely honored to be embraced by the Ukrainian community. He graduated in 1994 from SUNY Empire State University with an associate’s degree in science, and Ricardo completed and became a Journeyman Electrician at the Local Union No. 3 IBEW in 1995. Ricardo was proud of and enjoyed the field of work so much that he became an electrical theory instructor for the New York City Department of Education, where he quickly became everyone’s favorite. He also represented Local 3 at the IBEW National Convention and was among the first responders to help in the clean-up in the aftermath of 9/11.

Ricardo was a dedicated and certified student of Chi Lin Pai Kempo/Jujitsu under the guidance of the advisor for Chi Lin Pai Chinese Martial Arts Family, Wayne E. Gordon, Joseki no Sempai. He was also an avid guitar player who loved various genres of music, with traditional Ukrainian music among his favorites, and he enjoyed playing with the band "Volya" for many years.  He absolutely loved entertaining guests at weddings or “zabavas” with his musical artistry.

Once retired, Ricardo volunteered his time and was part of the Board of Directors at Village View Housing where he lived for over 30 years, helping make many improvements of which he was very proud of.

On April 25, 2015, Ricardo married the love of his life, Lisa, whom he loved more than life itself.  He loved to tell the many stories of their lives and how they finally came to be together.

Ricardo was a devoted husband, brother, uncle, godfather, musician, and a fierce friend to many.  His memory will live on in the many people that he has touched with his infectious smile and laugh, passions for guitar and music, as well as being the life of the party. Ricardo had a magnetic personality that quickly made you feel as if you were lifelong friends. His sense of humor and contagious laugh will be sorely missed by his family, friends and all that knew him. May his memory be eternal - Vichnaya Pamiat!

Share Your Memory of
Ricardo
Upload Your Memory View All Memories
Be the first to upload a memory!
Share A Memory
Send Flowers
Plant a Tree