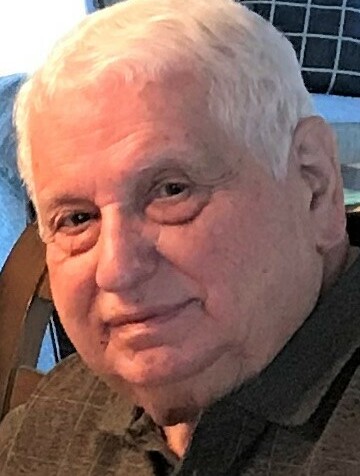 Francis Richard DeLuca, age 89, of Pittstown, NJ, passed away Saturday, January 22, 2022 at the Hunterdon Medical Center in Flemington, NJ.  Born March 27, 1932 in Port Chester, NY, he was the son of the late Joseph and Concetta DeLuca.

Frank was a 1950 graduate of Watertown High School. He married the love of his life, Florence, on May 8, 1954.  Together they raised a beautiful family that they cherished. Frank served in the United States Navy.  Following the Navy, he worked as a salesman becoming a Regional Manager.

Frank had a passion for music, playing both saxophone and the clarinet.  He had his own band and played many venues in his younger years. He enjoyed listening to music and had the top-of-the-line stereo equipment.  He also liked to travel and experience local restaurants and musical entertainment.  In the 1970's, Frank was a member of the Knights of Columbus and received the honor of "Knight of the Year."  He had also been a volunteer of the Hampton School Board of Education and Health in the early 1970's

Friends and relatives may visit with the family on Wednesday, January 26th from 10:00 am until 11:00 am at Saint Catherine of Siena Church, 2 Whitebridge Road, Pittstown, NJ 08867. Mass of Christian Burial will be offered at 11:00 am in church. There are no services at the funeral home. Arrangements are under the care of Martin Funeral Home, Clinton NJ. To send words of condolence to the family please visit www.martinfh.com

In lieu of flowers, donations may be made to Saint Catherine of Siena Church, PO Box 245, Pittstown NJ 08867, in Frank’s honor.

Share Your Memory of
Frank
Upload Your Memory View All Memories
Be the first to upload a memory!
Share A Memory
Send Flowers
Plant a Tree