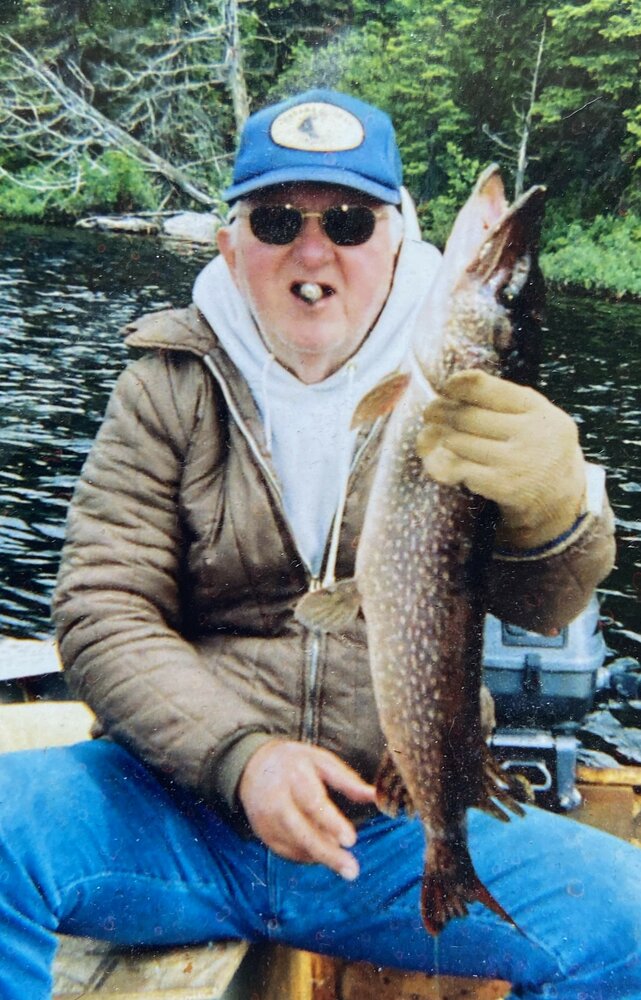 Born on August 18, 1936 in Wallington New Jersey to the parents of Helen and Joseph Vuz, husband of the late Sybil Vuz.  Survived by his three sons, Ronald Vuz and his wife, Laura (Lolly) Vuz of Salt Lake City, Utah and his granddaughter Ashley Vuz of Palm Springs, California; Larry Vuz and his wife, Lorri Vuz of Glen Gardner, New Jersey and his grandson Dylan Vuz and his fiancée, Melissa Young of Seattle, Washington; Darren Vuz and his wife Renee Vuz of Warwick, Rhode Island and his three grandchildren, Brittney Vuz, Lauren Vuz and Ryan Vuz of Warwick, Rhode Island.  Ron passed away peacefully on March 15, 2022 at the Country Arch Care Center in Pittstown, New Jersey.

Ron served his country in his early years in the US army in communications where he applied these skills to enter the electronics industry. He started out working on television repairs and eventually becoming a production supervisor at several small to medium companies that spanned a career of more than 40 years.  Later in retirement, he followed Sybil and became a school bus driver to remain active. The job was a perfect fit for him.  He could drive a few hours in the morning, fish at the local streams over lunch, and then followed up by the afternoon pick-up shift!

To know Ron is to know his family because family was the most important thing in his life.  Neither he nor his wife Sybil had the means or opportunity to attend college and they made it their priority that all the boys could attend.  Ron spent the better part of his life working long hours, six days a week to provide for his family.  He was a quiet, gentle and loving man who chose to remain in the background and let his wife of more than 50 years, take charge of their home, friends, family and planning of all the fun times they would have together.  He also had a love for animals which was a good thing because there was always a stray dog, turtle, bunny or reptile showing up at the house.  Late in life his love for animals was returned by one special sheltie pup named Coco, who was his companion for many years.  Ron had only a few passions in life beyond family.  Fishing of any kind, was his first passion, followed by cheering on his beloved New York Yankees and Giants. We could always tell if they lost or won just by the tone of his voice on the phone.  He was also partial to a few “Perfect Manhattan’s” and cigars along the way. In time, his passions became those of his three boys, whom he impressed on more than he ever knew.  He of course, loved all his grandchildren and always made a special effort to be present at all their significant life events, regardless of the travel requirements.

It is difficult to think about all the wonderful things this man did for his family without thinking about how he cared for his loving wife, Sybil.  He cared for her every minute of the day during her very long fight with cancer and in many ways, we lost a part of him when he lost his Sybil.  Looking back over these past years, while our dad was loved and cared for, he was so very lonely without her. Dad made us all realize you don’t have to achieve greatness in this world to find happiness. Investing one’s life in family and friends can be a reward enough during our short time on this earth.  Dad you will be missed and always loved.

Friends and relatives may gather with the family on Friday March 18th from 9:00 am until the start of the prayer service at 10:00 am, at the Martin Funeral Home, 1761 Route 31, Clinton NJ 08809.  Following the visitation, you are invited to proceed directly to Christ the King Cemetery located at 980 Huron Road, Franklin Lake, NJ 07417 where dad will be laid to rest next to his wife, Sybil.  To send condolences to the family please visit www.martinfh.com.

Share Your Memory of
Ronald
Upload Your Memory View All Memories
Be the first to upload a memory!
Share A Memory