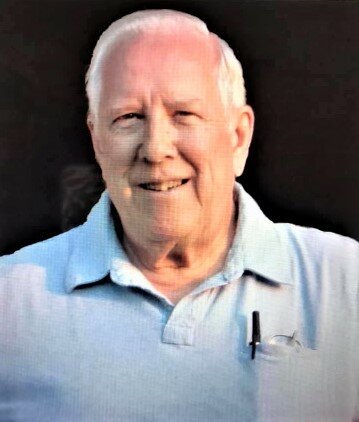 Dr. James J. Wittick, 91, of Watchung, NJ, formerly of Lebanon, NJ, passed away on Thursday April 14, 2022, at RWJ University Hospital at Somerset.  Born in Brooklyn, NY on August 17, 1930, he was the son of the late Roy and late Elizabeth (née Leonard) Wittick.

Jim grew up in the NY metropolitan area and graduated from Xavier High School in New York City in 1948.  He achieved his Bachelor of Science degree from the College of the Holy Cross in Worcester, MA, where Jim met the love of his life on a blind date with Peggy Loughman.  The couple fell in love and maintained a long distance relationship while Jim served his country in the Navy as a Lieutenant J.G. on the USS Worcester from July 1952 through July 1954.  Once stateside, Jim furthered his education by earning his Master of Science degree from Tufts University in Boston in 1955.

On April 7, 1956, Jim and Peg were married in Dorchester, MA. Jim and Peggy moved out of New England to NJ, PA and NJ again and Jim began what would be a long career with Merck Pharmaceuticals.  Merck sponsored Jim as he attended the Univ of Penn to pursue his Ph.D. in Organic Chemistry, which he achieved in 1965.  Working in positions from Research through Director of Quality Control, Jim retired from Merck in 1995.

Jim was well known for his great sense of humor and his amazing ability to recite long and amusing poetry like the “Cremation of Sam McGee”.  He wrote beautiful poetry to his beloved Peggy and enjoyed photography, painting and learning to play the piano.  Jim loved traveling with Peggy around the country and to Europe, and especially loved spending summers in Maine with Peg and the kids.  He and Peg were active members of Immaculate Conception Church in Annandale, NJ and volunteered with Meals on Wheels.

After he retired, Jim and Peggy designed and built their dream home, the "House on the Hill" in Lebanon, NJ, where the tight-knit family would share years of fun family dinners, all kinds of celebrations, winter sledding days and gatherings on the backyard patio.

A man of honesty and integrity, Jim will be greatly missed by all who knew and loved him.

Jim was predeceased by his beloved wife Peggy Wittick, his sister Sr. Joseph Amata and his son-in-law Joe Yashinski.

Relatives and friends may gather with the family on Friday, April 22nd from 4:00 pm until 7:00 pm at Martin Funeral Home, 1761 Route 31, Clinton, NJ 08809.  A Mass of Christian burial will be offered on Saturday, April 23rd at 10:00 am at Immaculate Conception Church, 316 Old Allerton Road, Annandale, NJ 08801. Burial will follow in the church cemetery, next to his beloved wife Peggy.

In lieu of flowers, donations in Jim's name may be made to St. Jude’s Children’s Research Hospital or Smile Train.

Share Your Memory of
Dr. James
Upload Your Memory View All Memories
Be the first to upload a memory!
Share A Memory
Send Flowers
Plant a Tree