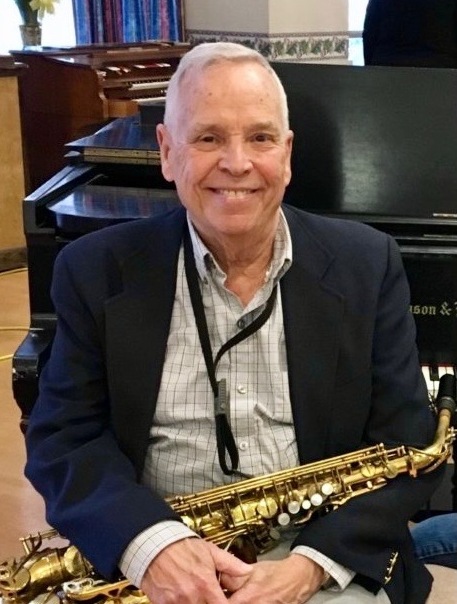 Wayne R. Lloyd, 76, of Glen Gardner, New Jersey, passed away peacefully at home surrounded by his loving family on May 27, 2022. Wayne was born to the late George and Gladys Lloyd in Newark, New Jersey on March 25, 1946. Wayne was raised in Union, New Jersey and graduated from Union High School in 1964. Wayne continued his education and earned a Bachelor of Science Degree in Business Administration from Seton Hall University. He then went on to earn a Masters Degree in Education from Seton Hall University.

Wayne served his country in the United States Navy. Before his honorable discharge in 1971 Wayne served aboard the USS Sierra. On July 11, 1970 Wayne married his one true love Virginia Lloyd (nee McGough) and together they raised their three children Donna, Christine, and Thomas and shared 51 years of love and joy together.

Wayne was a man strong in his faith and was a longtime member of Saint Michael’s Catholic Church in Union before moving to Glen Gardner and joining the parish of Saint Joseph’s Catholic Church in High Bridge. During his time at St. Michael’s he also taught the 7th grade for many years and was an active member of the Knight’s of Columbus. It was at St. Joseph’s where he achieved the level of 4th degree Knight and cherished the brotherhood he shared with his fellow knights. Wayne also gave back to his community in many different ways. Wayne was a former Union County Republican Committeeman and had often taught underprivileged children at the Newark Center for the Arts. Even during his time at Seton Hall, as a member of the Alpha Kappa Psi fraternity Wayne worked as the Blood Bank Chairman.

Wayne also had quite the gift as a musician and could play the saxophone, clarinet, and flute. Wayne used his gift for music and was a member of quite a few bands throughout his life, the Good Works Band, the Blue Diamond Band, and the Sunrise Band, just to name a few. You could have often found him playing gigs down the Jersey Shore many a summer nights. Wayne in his later years gained a passion for travel and enjoyed getting away with his loving wife Virginia, even if it was just for a weekend. But above all Wayne’s favorite thing in life was his family. The more time that he could spend with them the better it didn’t matter where or when as long as they were all together.

Wayne will be forever missed by his wife of 51 years Virginia Lloyd, daughter Donna Basehore and her husband Kirk, daughter Christine Lloyd, son Thomas Lloyd and his wife Hannah, and grandchildren Noah, Leah, Isabelle, Ava, Olivia, and Savannah. He is also survived by many cousins, nieces, nephews, and several lifetime friends.

He is predeceased by his brothers George Lloyd Jr., Donald Lloyd, Eugene Lloyd, and James Lloyd.

In lieu of flowers donation’s in Wayne’s name may be made the Open Cupboard Food Pantry, Clinton, NJ (opencupboardfoodpantry.org) or to Life Choices, Phillipsburg, NJ (lifechoicesonline.org)

Share Your Memory of
Wayne
Upload Your Memory View All Memories
Be the first to upload a memory!
Share A Memory
Send Flowers
Plant a Tree