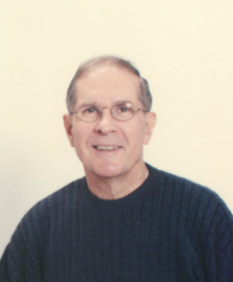 Dr. Arthur Samuel Muccilli, 85, of Somerset, New Jersey passed away peacefully on June 24th, 2022 at the Center for Hope Hospice and Palliative Care in Scotch Plains. Arthur was born on March 5th, 1937 to the late Mary and Carmine Muccilli in Perth Amboy, New Jersey. Arthur earned a Doctorate Degree from the Los Angeles College of Optometry and spent his career as an Optometrist. Arthur married his beloved Margaret Liccardi and together they raised two children Chris and Robin. Throughout his life Arthur loved helping and caring for others but Arthur always put his family first. Arthur loved watching his children grow and later getting to spend time with his grandchildren. In his free time Arthur was an avid reader and found that the feeling of a paperback in his hands and a comfortable chair was the most relaxing thing in the world. Arthur also enjoyed working in his yard and keeping a pristine lawn. He also was a fan of talk radio because he enjoyed debates and deep dives into many different topics.

Arthur is predeceased by his parents Carmine and Mary Muccilli and his sister Carmen Muccilli.

All services for Arthur are being held privately under the direction of Martin Funeral Home.

A Memorial Tree was planted for Dr. Arthur
We are deeply sorry for your loss ~ the staff at Martin Funeral Home
Join in honoring their life - plant a memorial tree

Share Your Memory of
Dr. Arthur
Upload Your Memory View All Memories
Be the first to upload a memory!
Share A Memory
Send Flowers
Plant a Tree