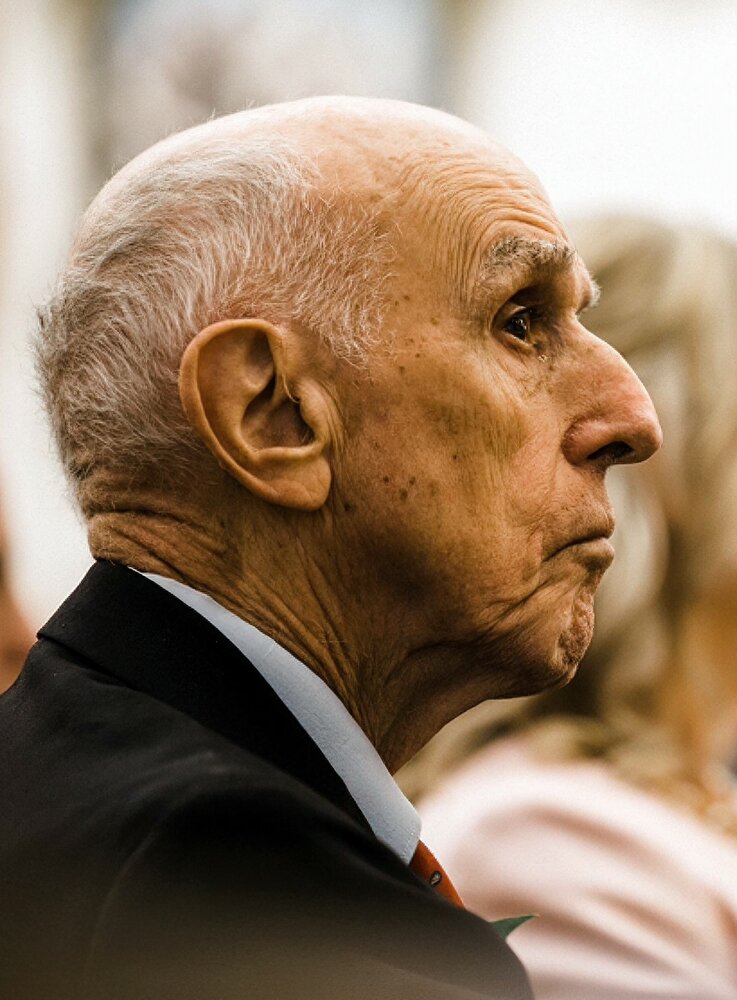 Al served in the US Navy as Yeoman Second Class from August 1944 until April 1946 where he received the Victory Medal, Asiatic Pacific Medal, and the American Theater Medal.  He graduated from Seton Hall University in 1947 where he earned his bachelor's degree.

Al married the love of his life, Ann (nee Hurst) Reider, on January 12, 1951.  Beginning their lives together Al, with the assistance of brothers Larry and Walter Reider, built their first home. They raised four children; Ann, Doris, Mary, and Robert, who were his pride and joy.  Originally residing in Berkeley Heights, NJ for fifty-three years, Al and Ann then moved to Forks Township, PA where they have lived for the past seventeen years.  He worked as a Special Agent for the IRS for twenty years, then moved on to work for Anheuser Busch as an Assistant to the Brewmaster for ten years before retiring.

Al was a devoted Catholic who spent a great deal of time evangelizing the Catholic faith.  He also had a great interest in photography and politics.  Al took great pride and pleasure in attending his grandchildren's high school and college sporting events.  Spending time with family, especially with wife Ann, was his favorite pastime of all!

Al is predeceased by his beloved son, Robert Reider.

Visitation will be held on Thursday, November 17, 2022, at Saint Catherine of Siena Church located at 2 White Bridge Road in Pittstown, NJ 08867 from 10:00 am until 11:00 am.  A Mass of Christian Burial will be offered at 11:00 am. Services are in the care of Martin Funeral Home located at 1761 Rt. 31 in Clinton, NJ 08801. Interment will follow at Immaculate Conception Cemetery, Annandale NJ.

Share Your Memory of
Albert
Upload Your Memory View All Memories
Be the first to upload a memory!
Share A Memory
Send Flowers
Plant a Tree