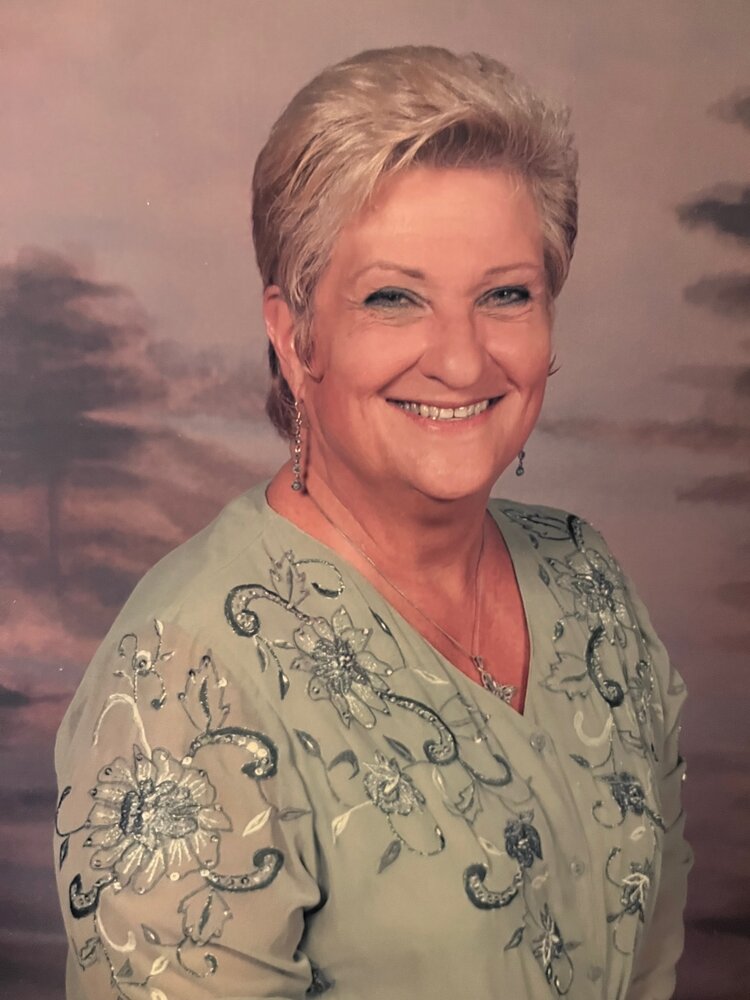 Ginny was born and raised in North Plainfield, NJ, and was a graduate of North Plainfield High (‘64) and Montclair State College (‘68), from whence she enjoyed a semester abroad in Denmark in the late 1960s.  She married George, whom she met in 1964, in 1970.  They moved to Hunterdon County in 1972 to fulfill her girlhood dream of horses, enjoyed on a farm in Pattenburg for more than a decade, including raising state champion Arabs & half-Arabs which she and George showed under Western saddle, living out Ginny’s dream of being a cowgirl.  An award-winning artist whose work hung in the New Jersey State House for decades, Ginny was also a K-12 art teacher in Hillsborough, NJ, for 7 years before becoming a stay-at-home mom with the birth of Jason in 1975. In 1979 she gave birth to their daughter, Jessica.  In 1983 the family moved just a few miles from the farm to the home they’ve lived in ever since, just outside Clinton.  In addition to horses, Ginny enjoyed dancing at the Pattenburg House and the Union Gap, and was active in racquetball and neighborhood volleyball games, before being stricken with debilitating arthritis that led to years of pain and too many surgeries to count, a cane, walker, and ultimately being confined in a wheelchair.  She surely delights at being in a whole and pain-free resurrection body, able to run and dance and ride, almost as much as she delights in being in the presence of the Trinity for all eternity.

Over the years Ginny was a member of Pattenburg UMC, Quakertown UMC, Cherryville Baptist, and Clinton Church of the Nazarene, and was presently attending South Ridge Community Church. She was the first in the immediate family to come into authentic relationship with Jesus Christ, and she prayed the entire rest of the family into similar saving, loving relationships with Him.  That we will all know Christ in this life and be reunited with Him and one another in eternity was Ginny’s greatest joy and accomplishment. More than her own family, Ginny impacted the faith lives of hundreds or even thousands of women as a leader in Community Bible Study first in Basking Ridge and then in Clinton for more than a decade. She was also active in the Tres Dias of Northern NJ community, alongside George, for many years.

Ginny will be remembered for her rich and ready laugh; her generosity with both time and money; the incredible love she shared with George for 58 years; a lifelong love for reading, cards, Scrabble, animals, the ocean, and travel, especially snorkeling in Grand Cayman and the Caribbean, and more recently cruising those same waters; her wonderful and engaged mothering to her own kids and many others, and her loving and encouraging grandmothering, again to more than just her own; and for her faithful Christian service and endurance in the face of suffering.

A memorial service to jointly celebrate Ginny and her husband George's lives on earth, and their entry into eternity so closely together, will be held on Friday, December 30, 2022, from 2:00 until 4:00 pm, with a service of reflection starting at 3:00pm. All services will be held at South Ridge Community Church, 7 Pittstown Road, Clinton, NJ 08809. Arrangements are under the care of Martin Funeral Home, Clinton NJ. To send condolences to the family please visit www.martinfh.com.

Gathering of Friends and Relatives

Share Your Memory of
Virginia
Upload Your Memory View All Memories
Be the first to upload a memory!
Share A Memory
Send Flowers
Plant a Tree