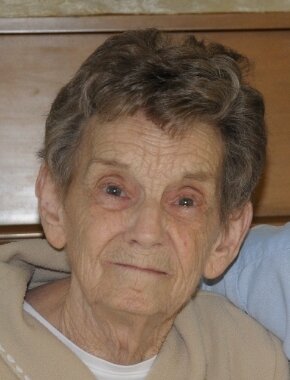 Obituary of Eileen A. Roerig

Eileen is survived by her Brother George Lent, 4 children Danny N Roerig of Washington, Dr Phillip A Roerig of Glen Gardner, Adam T Roerig of Leesport Pa, and Lisa O Lindsay of Freeport pa, 17 Grand Children and 7 Great grandchildren. She was preceded in death by her sisters Harriet, Carolyn, and Barbara, her son Louis Roerig, and grandson Samuel.

Eileen always enjoyed the Farm life, from milking cows, to making thousands of bales of hay to growing the sweetest sweetcorn in NJ. She drove a school bus for Flemings Garage for many years. She was a youth group leader for Grandin Church for several years. She was an avid seamstress making the best Halloween costumes, repairing clothes, making pants and dresses or literally anything that could be sewn.

Eileen's real passion was being a Great mom to her family. It didn't matter when or where, she was always ready to help someone in need, give support, lend a hand, and cook for a crowd.

A memorial service will be held at the Bethlehem Presbyterian church in Grandin NJ, at a later date. Arrangements are under the care of Martin Funeral Home, Clinton, NJ. To send condolences to the family please visit www.martinfh.com

Share Your Memory of
Eileen
Upload Your Memory View All Memories
Be the first to upload a memory!
Share A Memory
Send Flowers
Plant a Tree