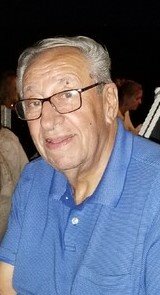 Edgard was born in Montevideo, Uruguay, the fifth son of immigrants from Italy and Spain. As such, he
always saw himself as a “criollo,” a local with an ever-present nostalgic gaze towards the old country.
He was proud of his European roots! His maternal grandmother, Josefina, a fine lady of Italian aristocrat
stock, provided his sense of belonging, and was a source of early education in etiquette and fine
cooking, something that he cherished and indulged whenever the opportunity arose. This sense of
haute culture explains his predilection for France, especially a deep regard towards its language, music
and, above all, its artistic heritage. It is fair to say that although he did not possess an advanced
academic degree, his deep love for the plastic arts and his fine taste in things was something that deeply
impressed him and he passed on to his family and friends and may very well be the best part of his
legacy to them.
Early in life he showed great intellectual promise and artistic talent. The latter is something that he
passed to his first son, especially the times they shared in artistic projects and conversations. With his
second son, this found an outlet in the sharing of fine foods and museum visits. He remained always a
great enthusiast of all matters cultural, surrounding himself with classical music and his lasting
indulgence in old movies. In matters of spirituality, he nourished a great respect for our Mother Mary
and the Scared Heart of Jesus, a devotion that was inculcated in his younger years and that he expressed
with almost childlike passion. He was a member of St. Magdalen parish, in Flemington, NJ, and was
known for his humble devotion and gentle manners for all- especially towards children, to whom he
always expressed his paternal love, even at the expense of causing confusion on those who did not
know him. He wouldn’t stop expressing his affections for others, even during the COVID pandemic!
Forced to become an immigrant himself, he was a hard worker who opened the way for his family in the
United States. Although he was the top cadet at the national military and naval academy, and he did
work as an accountant when he married, he was not afraid to work as a mechanic (Peerles Tube Co.) and
maintenance (Schering Plough; Merck) once he relocated to his new adopted land. And yet, he always
sought to embody what he was not able to become in an official capacity: A refined person not by
professional title but by manners and civil disposition. As such, he is remembered by those he
encountered as a gentleman, with a deep sense of propriety, even when this engendered a deep sense
of discontent towards the “new” social norms. It is in this light that he is remembered best by his
immediate family, and that he will be missed, for his inspiration to the finer things in life, and for his
personal commitment to an uncompromising and absolutist sense of moral right. In the end, the old
country ran deep within him. He may have portrayed himself as a “criollo” to his family and friends, but
he carried his own dad’s Castilian severity in his heart. History defines our past and carries its own
burdens in the present, and as lover of history Edgard sought to complete himself as an enlightened
man vis-à-vis education. To a great extent, he succeeded and he did inspired others!

Share Your Memory of
Edgard
Upload Your Memory View All Memories
Be the first to upload a memory!
Share A Memory
Send Flowers
Plant a Tree