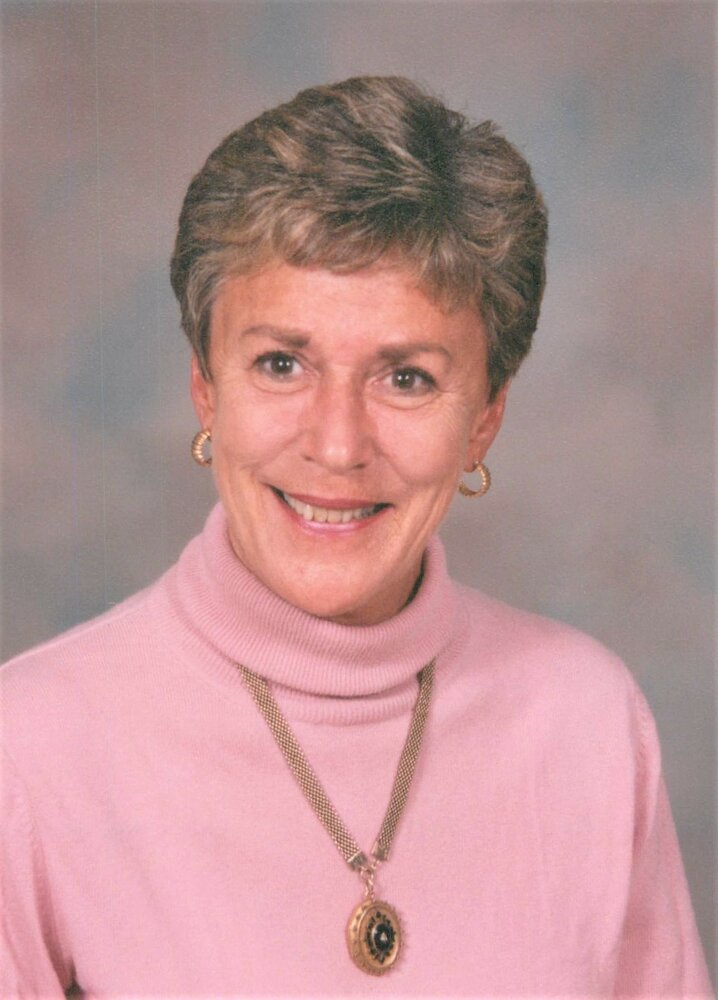 Helen Price Ballantine, of Annandale New Jersey, died on November 15, 2021.  She was the beloved wife of Robert Dennis Ballantine for over 61 years.

Helen was born on June 2, 1938 in Elmira, New York and was the only daughter of Wilfred and Rowena Price.  She attended Elmira Free Academy and graduated from the Kent Place School in Summit, New Jersey.  Helen completed her academic education at Hood College, Frederick, Maryland, earning a Bachelor of Arts in Early Childhood Education.  Following graduation, Helen married her husband, Robert (Bob) in 1960.  She and Bob have been residents of Hunterdon County for most of their married life.

Helen was active in the New Jersey Young Republicans organization at both the local and state level.  Along with three close friends, she sang in a musical group named the “Musical Mamas” in and around Hunterdon County.  She loved to play tennis and bridge, and has always been the family’s greatest Yankee fan.  Helen was a volunteer for the Hunterdon Medical Center, Clinton Historical Museum, the National Heart Association, Meals on Wheels and the National Cancer Society. Helen was a member of the Junior Women’s Club of Clinton, an organization that introduced her and Bob to many cherished friends. Helen was a member of the Clinton Presbyterian Church for over 50 years, and sang in the choir as well as directed two children’s choirs for almost 10 years.

Helen taught nursery school at the Flemington Presbyterian Church for over 18 years.  She was a lead teacher and a co-founder of the three-year old program, an accomplishment of which she was most proud.

In later years, Helen and Bob, along with family and friends, took some fantastic trips to a variety of countries and cities.  She especially enjoyed trips to Europe, Bermuda and Canada.  Helen was chief in charge of planning family vacations and holiday gatherings, and she and Bob were well known for their popular Christmas open house.

The family would like to offer heartfelt thanks to the staff of Hunterdon Hospice, and to the in home aide agencies whose caregivers provided such compassionate, sensitive and professional care to Helen over the last six weeks. Helen and the family were blessed by their presence and assistance.

A memorial service will be held at the Clinton Presbyterian Church 91 Center Street, Clinton, New Jersey on Sunday, November 21 at 2:00PM. To view the memorial service via livestream please, Click Here for Livestreaming.  Burial will be private and at the convenience of the family.

Share Your Memory of
Helen
Upload Your Memory View All Memories
Be the first to upload a memory!
Share A Memory
Send Flowers
Plant a Tree