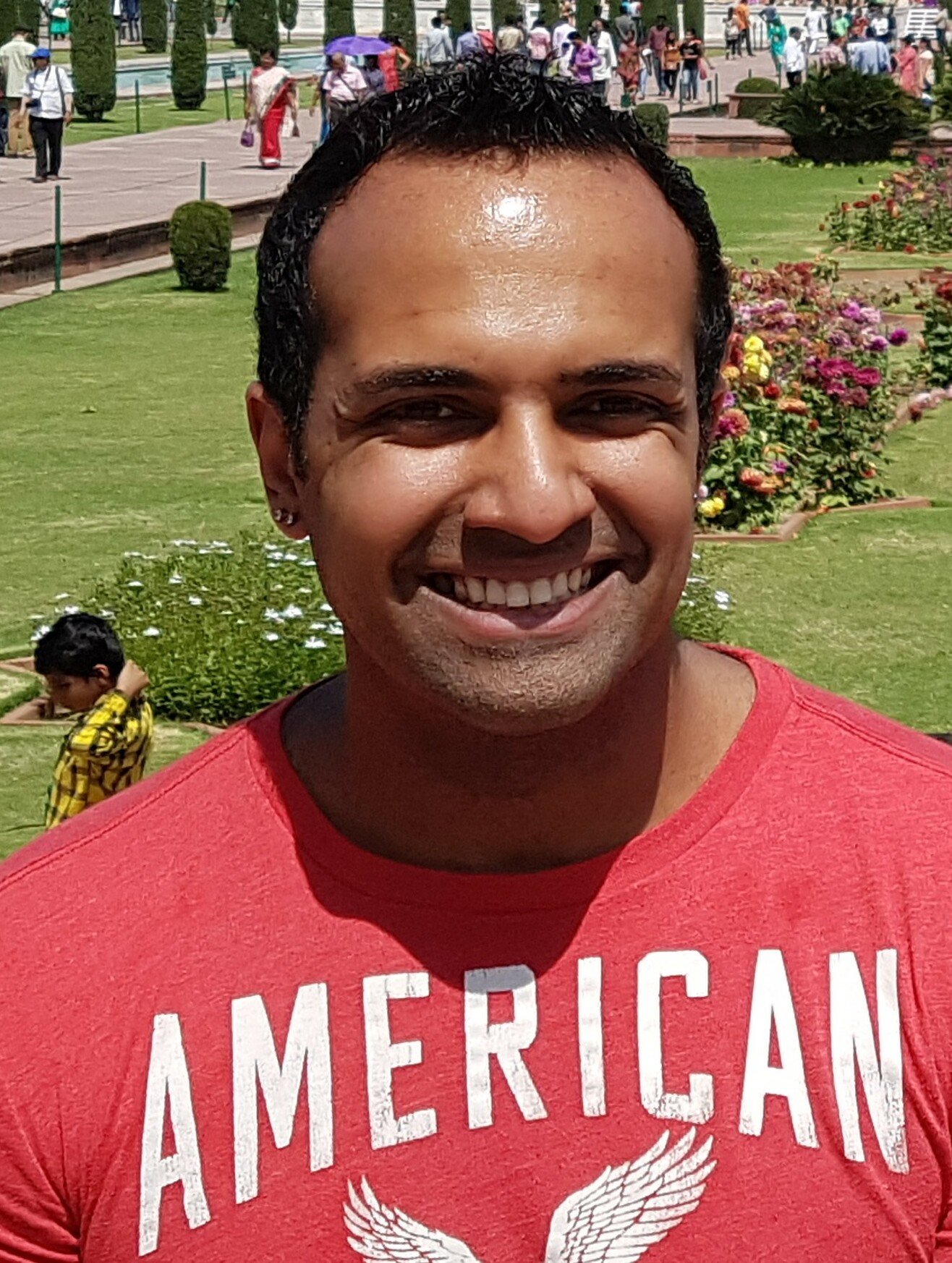 In 2006 in Kuwait he met the love of his life James B. Fennell. They were married in Washington, D.C., on November 1, 2013.  A new father, Mohammad will be forever missed by his son George Adel Fennell-Alnajadah who was born on March 12, 2022.

Mohammad was universally known and cherished for his bright disposition, his genuine warmth, and his sense of adventure.  A world traveler, he lived with his husband in Kuwait, Peru, India, and Washington, D.C.  In his much-too-short life, he traveled to more than 40 countries on six continents.  Other passions in Mohammad’s life included spending good times with his countless friends, his family, body building, and Japanese anime.

In addition to his husband and son, he is survived by his loving family in Kuwait.  His is also survived by his adoring American family, including mother-in-law Madeleine Fennell of Flemington, NJ; brothers-in-law Daniel and Robert Fennell; sisters-in-law Madeleine Johnson and Kathy Arico, all of New Jersey.  He will also be forever missed by his 22 nieces and nephews in Kuwait and throughout the United States.  An avid cat lover, Mohammad was an affectionate “cat dad” to Silvestre and Sheharezad.  Most of all, he will be eternally missed by his devoted husband James and his son George.

A gathering of family and friends will be held on Thursday May 12th, 2022 from 4pm until 8pm at Martin Funeral Home, located at 1761 Route 31 Clinton, New Jersey 08809. A Service of Remembrance will be offered on Friday, May 13th at 11:00 am in the funeral home. Interment will be held on Friday, May 13th, at Resurrection Cemetery located at 899 East Lincoln Avenue Piscataway, New Jersey 08854.

Share Your Memory of
Mohammad
Upload Your Memory View All Memories
Be the first to upload a memory!
Share A Memory
Send Flowers
Plant a Tree